The RID is the IP address which the Router is known as.

What is Stub Areas

Stub Areas are part of a network which don't need to have a copy of the total Link-State database. It reduces the memory requirements and CPU overhead of the router. Often stub areas only have a default gateway.

NSSA: Not So Stubby Area 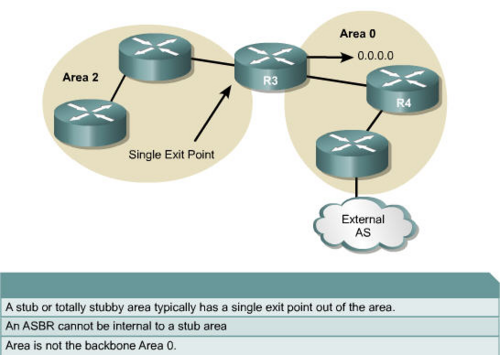 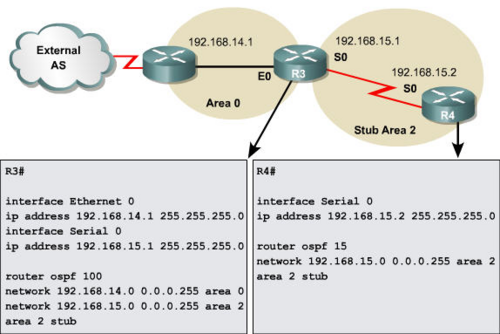 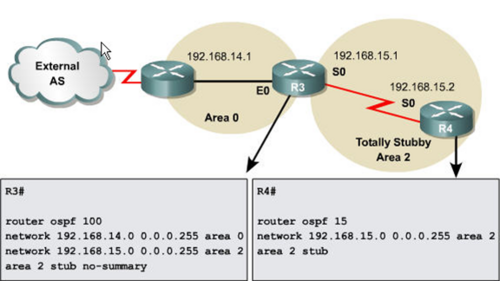 NSSA: Not So Stubby Areas 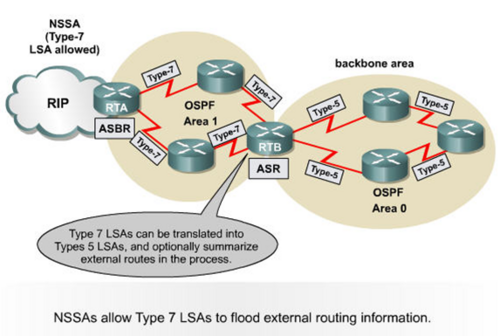 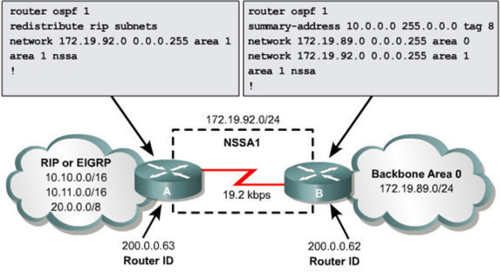 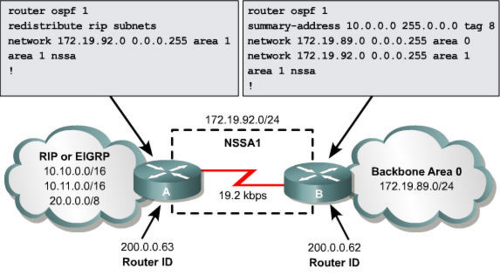 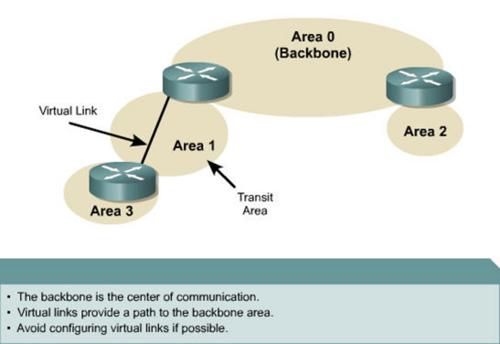 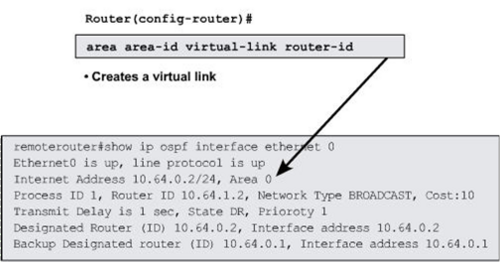 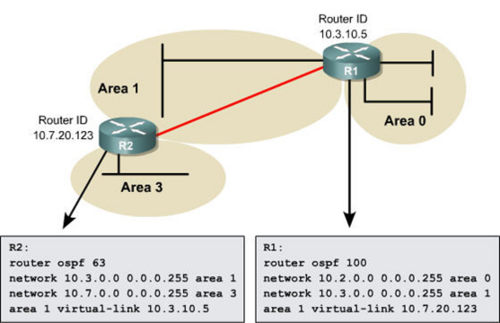 Valid for IPv4 and IPv6

The following are descriptions of each type of LSA.

Every router generates router link advertisements for each area to which it belongs. A type 1 LSA describes the collective states of the directly connected links (interfaces) of the router. These LSAs are flooded only within the area in which they are originated.

A type 2 LSA is generated for every transit broadcast and NBMA network within an area. A transit network has at least two directly attached OSPF routers. Ethernet is an example of a transit network.

The DR of the network is responsible for advertising the network LSA. A type 2 network LSA lists each of the attached routers that make up the transit network, including the DR itself, as well as the subnet mask used on the link. The type 2 LSA then floods to all routers within the transit network area. Type 2 LSAs never cross an area boundary. The link-state ID for a network LSA is the IP interface address of the DR that advertises it.

The ABR sends type 3 summary LSAs. Type 3 LSAs advertise any networks owned by an area to the rest of the areas in the OSPF autonomous system, as shown in Figure .

The link-state ID is set to the network number; the mask is also advertised.

By default, OSPF does not automatically summarize groups of contiguous subnets or summarize a network to its classful boundary. The network operator uses configuration commands to specify how the summarization occurs. By default, a type 3 LSA is advertised into the backbone area for every subnet defined in the originating area, which can cause significant flooding problems. Consequently, you should always consider using manual route summarization at the ABR.

Summary LSAs are flooded throughout a single area only, but are regenerated by ABRs to flood into other areas.

Note By default, summary LSAs do not contain summarized routes.

A type 4 summary LSA is generated by an ABR only when an ASBR exists within an area. A type 4 LSA identifies the ASBR and provides a route to it. The link-state ID is set to the ASBR router ID. All traffic destined to an external autonomous system requires routing table knowledge of the ASBR that originated the external routes.

In Figure , the ASBR sends a type 1 router LSA with an external bit (e bit) that is set to identify itself as an ASBR. When the ABR, which is identified with a border bit (b bit) in the router LSA, receives the type 1 LSA, it builds a type 4 LSA and floods it to the backbone (area 0). Subsequent ABRs regenerate a type 4 LSA to flood into their areas.

Type 6 LSAs are specialized LSAs that are used in multicast OSPF applications.

Type 7 is an LSA type that is used in not-so-stubby areas (NSSAs). They are originated by ASBRs within NSSAs and are flooded only within the NSSA in which they originated.

Type 8 is a specialized LSA that is used in internetworking OSPF and Border Gateway Protocol (BGP).